As we as Christians think about where to invest our time and resources, I think these maps are really helpful: 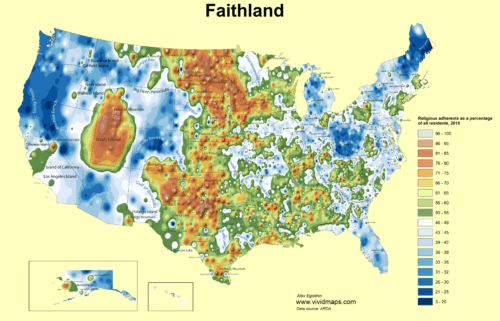 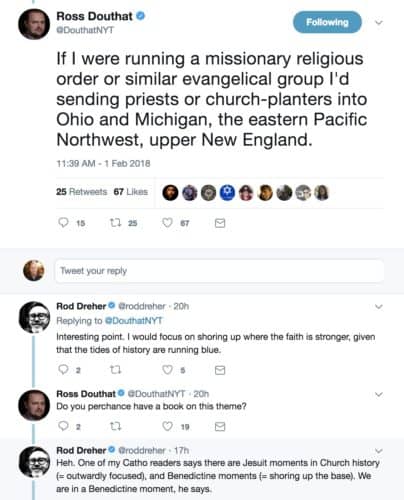 As you might guess, I am with Douthat on this one. Granted, I haven’t read Dreher’s book. But it just doesn’t seem like the early church waited around for the tides of history to turn more favorable.

This second map from VividMaps is less, well, vivid but more helpful as it is just evangelicals (the above map has any religion – Muslim, Mormon, etc.) 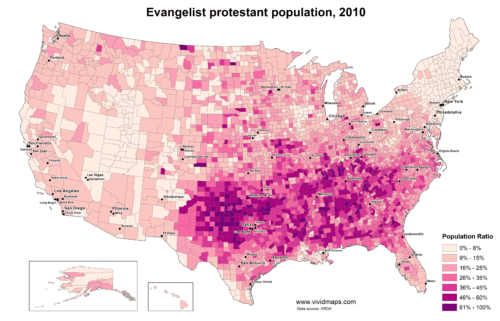 I have written before (in 2015) about my organization, Cru, and our allocation of staff vs the need.

As far as solutions to this need, I still agree with my 2015 self –

But I think there may be another component of the solution that my 2015 self couldn’t see: Dr. Soong-Chan Rah, in his book The Next Evangelicalism, makes a compelling case that the future of Christianity in America rests on the shoulders of immigrants and ethnic minority leaders:

White churches [in America] are in decline while the immigrant, ethnic and multiethnic churches are flourishing. Very few have recognized that American Christianity may actually be growing, but in unexpected and surprising ways. Contrary to popular opinion, the church is not dying in America; it is alive and well, but it is alive and well among the immigrant and ethnic minority communities and not among the majority white churches in the United States.

Unless [churches/parachurches] see growth among the ethnic minority population within their [congregation] they will experience steady decline.

Even while we consider the needs of the U.S., we HAVE to keep the bigger picture in mind. God is not America First. 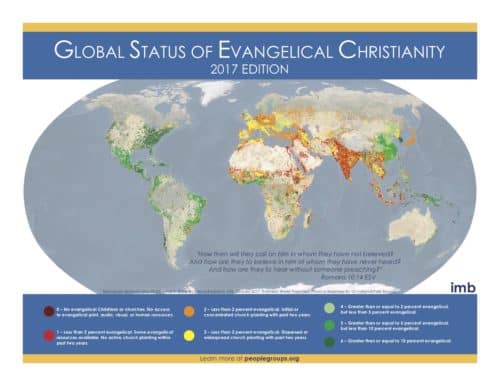 And what of the new reality that the Global South (Africa/S America/Asia) is the New Face of Christianity?

The Next Evangelicalism – Dr. Soong-Chan Rah

As we think about where to invest our time and resources, a good bet is on the growth markets: 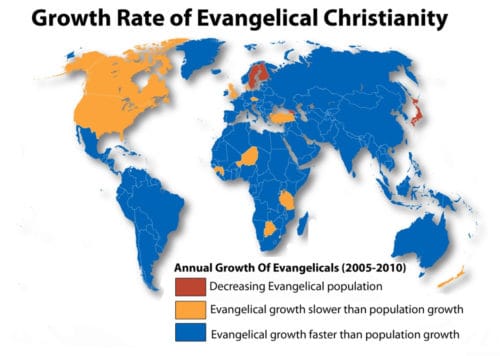 What do these maps tell you?