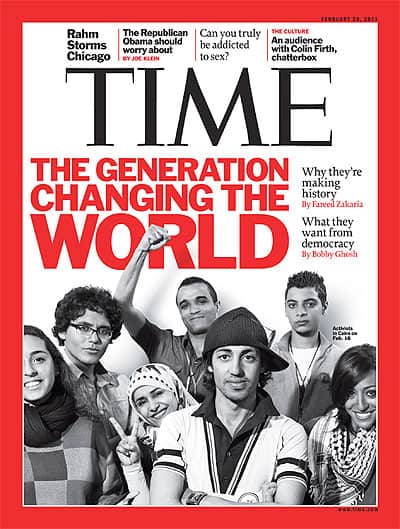 Some quotes from the most recent issue of Time that I bought tonight.

“The combination of youth and technology is driving a wave of change. . . The central, underlying feature of the Middle East’s crisis is a massive youth bulge. About 60% of the region’s population is under 30.  A generation once dismissed as politically supine has toppled two dictators and shaken up regimes across the Middle East.

In virtually every Arab country, more than half the population is less than 30 years old. . . 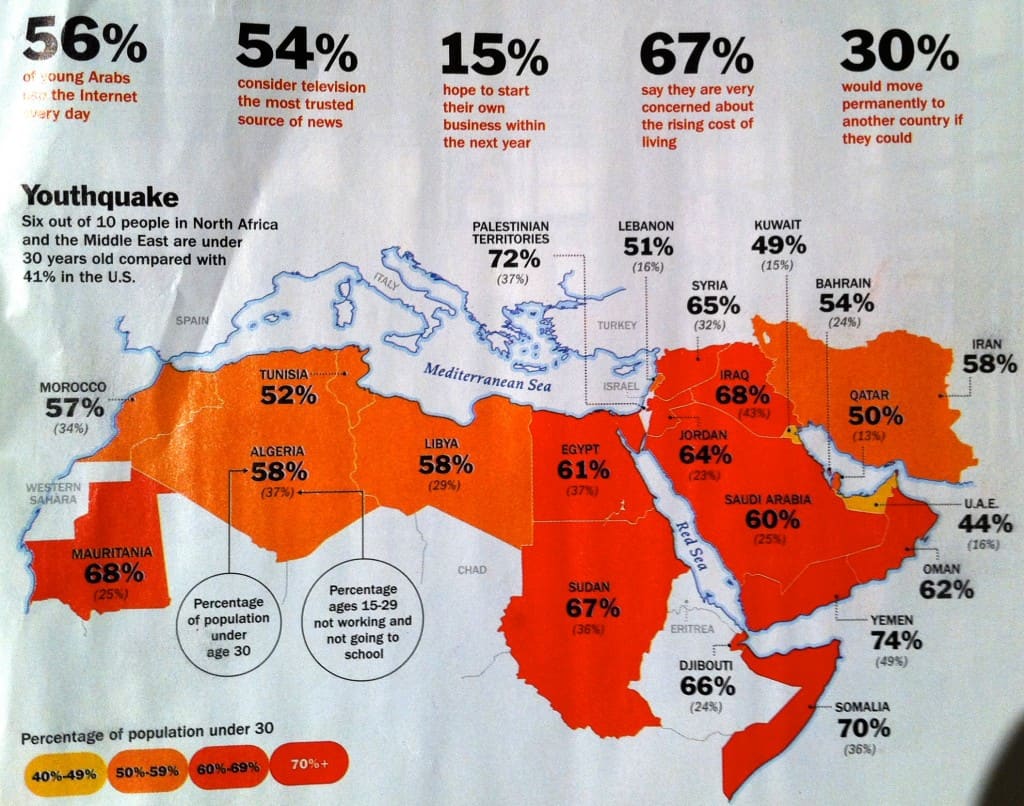 All of the revolts are led by young men and women, many of whom are novices at political activism. All use modern tools, like social networking sites on the internet and texting over mobile phones, to organize and amplify their protests. . . Technology has played a powerful role in informing, educating and connecting people in the region. Such advances empower individuals and disempower the state. In the old days, information technology favored those in power, because it was one to many. Today’s technologies are all many to many, networks in which everyone is connected but no one is in control.

These young people have done more in a few weeks than their parents did in 30 years . . .

The youth of the Arab world are not done yet.” 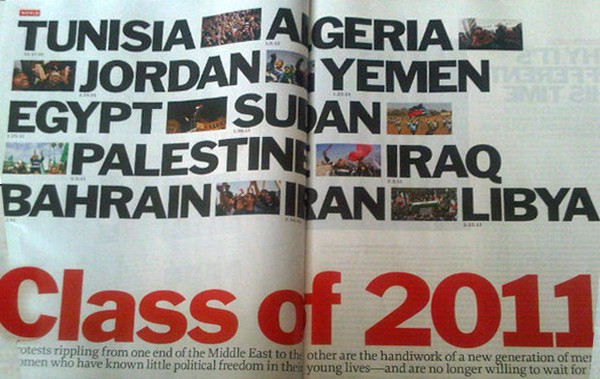 The article underscores the need to understand and utilize technology as it goes hand in hand with rapid change/revolution.

It’s an exciting time to be working with this generation of college students.