This is the third in a series of posts on Raising Support in ministry. Click to read the 1st and 2nd.

I spent 10 weeks this spring raising support. I learned a lot and wanted to share the wealth. 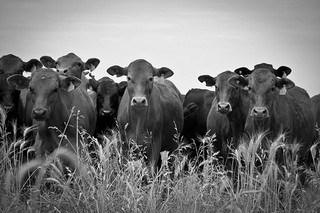 The One who “owns the cattle on a thousand hills” is not sweating my support needs.

A few (of many) examples of support raising from the New Testament that were particularly encouraging to me:

The Example of Jesus:

“Soon afterward he went on through cities and villages, proclaiming and bringing the good news of the kingdom of God. And the twelve were with him, and also some women who had been healed of evil spirits and infirmities: Mary, called Magdalene, from whom seven demons had gone out, and Joanna, the wife of Chuza, Herod’s household manager, and Susanna, and many others, who provided for them out of their means.”

Scott Morton in his book Funding Your Ministry with some profound insight:

I spoke to a department manager at a missions agency office about helping one of her workers raise personal support. “Oh, we don’t do it that way!” she replied piously. No one in her department would ever “stoop” to receiving personal support. Too bad. Jesus did. Was He wrong?

If Jesus Christ became vulnerable enough to be supported by others, you and I must be willing as well.”

The Teaching of Jesus:

Steve Shadrach’s commentary on this passage: “After modeling to the disciples (in Luke 8) a life lived on support, He then turned them loose to do the same. Jesus sent them out in pairs to go door-to-door to people they did not know and ask for the room and board required to carry out their ministry in that city. What was His rationale? “The laborer is worthy of his wages.” Here Jesus reaffirmed an Old Testament principle that God’s ministers deserve to be fully supported.”

Paul speaks at length throughout the chapter about funding for his ministry and culminates with: “the Lord commanded that those who proclaim the gospel should get their living by the gospel.” It’s not an option but a command.

Starting in v 15: “And you Philippians yourselves know that in the beginning of the gospel, when I left Macedonia, no church entered into partnership with me in giving and receiving, except you only. 16 Even in Thessalonica you sent me help for my needs once and again. 17 Not that I seek the gift, but I seek the fruit that increases to your credit. 18 I have received full payment, and more. I am well supplied, having received from Epaphroditus the gifts you sent, a fragrant offering, a sacrifice acceptable and pleasing to God.”

What Bible passages are most encouraging to you as you raise support?