The chart below shows staff allocation and student need for each of the 10 Cru regions.

A helpful clarification as to how Cru works: Cru is divided into 10 regions (I’ve listed the states in each region at the bottom of this post). Generally, staff and interns that are raised up in a region stay in the same region. Staff and interns are placed by the regional team (with interns typically staying on the same campus from which they graduated). Interns and staff can request to go to another region, but that is not the norm (and involves not a small amount of coordination between regions).

In the past (I’m not sure what year – maybe pre-1991?) staff allocation was done nationally. I may be wrong, but I’ve heard that staff were intentionally sent out of their region – i.e.- if you went to school in Texas you would be placed on staff in New Hampshire.

A quick explanation of the columns:

What can we learn from this?

Thanks to Karl Udy for putting together these maps! 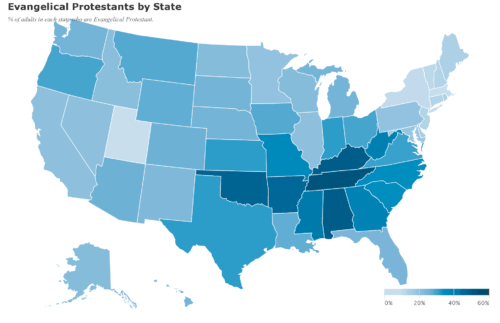 What can we do about the needs?

I would love to hear what you think: What do you see as you look at the data?

States in each Cru region: