The two largest college ministries, Cru and InterVarsity, have announced a desire to work together to reach every campus in the U.S.
Jason Thomas, the Executive Vice President of Field Ministry for InterVarsity (the Chief Ministry Officer for InterVarsity), made the announcement to 4,000 Cru staff at Cru17, Cru’s biennial staff conference.

Jason Thomas shared how in the last couple years InterVarsity has undergone significant changes.
He shared that several things have led to InteVarsity’s organizational reorganization:

So we’ve been asking how can we reorganize around that vision?
It’s led to a lot of new leadership.
90% of our IV executive leadership team is new to their job in the last 10 months (among the 25 leaders at the VP, Executive VP, President level).
We are working to discern a 2030 vision that is forcing us to think differently – to innovate and to partner. To ask: “what could we do together with Cru that we couldn’t do alone?”
Could we together think about every campus? Could we mobilize people to pray on every campus?
We’re praying for revival, renewal, a great awakening among the 23 million college students and faculty in America. And I’m praying, “God, I want to be a part of this! 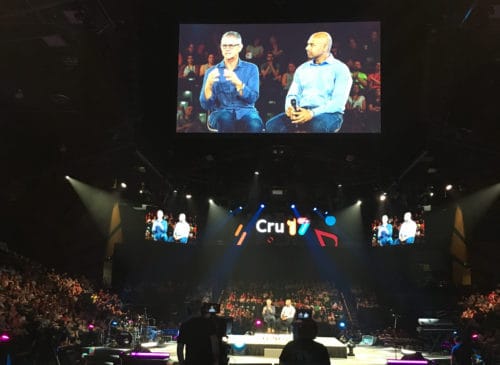 May God use this new partnership to reach more college students with the gospel on more campuses! 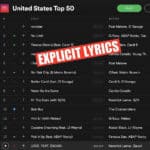