These videos and this book should be required for all Cru staff.

Cru just released (June 2017) a 5 part video series (you can watch them below) on the History of Cru (They’re not exactly going viral – only 49 people have watched them!).

As a staff member, they’re really fun to watch, and a reminder of how greatly God has used Cru to bring millions to know Him. We truly stand on the shoulders of giants.

So much of what we take for granted now in Evangelicalism is wrapped up in the history of Cru. Not to say that Cru is exclusively responsible for what God did in these areas. Obviously all glory goes to God and not Cru or these men and women. And MANY ministries and churches played a role in all of the following. But Cru played a major role in: 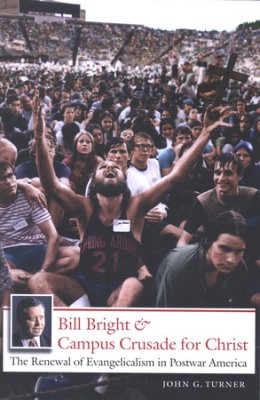 What first opened my eyes to the history of Cru is the book:

Bill Bright and Campus Crusade for Christ: The Renewal of Evangelicalism in Postwar America.

The author set out (for his doctoral dissertation) to find the roots of the rise of American Evangelicalism in the latter half of the 20th century. He was not familiar with Cru but in his research he began to see what a critical role Cru played in the surge of Evangelicalism. So he gives an (what I thought was very) objective history of Cru (warts and all).

On the less objective side (but nonetheless excellent and well worth watching!) – these five 20-minute videos do a great job of summarizing the history of Cru. Very inspiring. We stand on the shoulders of giants – men and women who have creatively, boldly, and passionately shared the gospel with millions of people. There’s much work to be done. It’s a privilege to take the baton from them to continue the work.