An annual tradition on my blog – My Top 100 Songs of the Year.

To further explore amazing music, here are my Top Songs from the 2010’s (click “Follow” at the top of Spotify if you want to add any of the playlists to your sidebar of playlists)

If you follow indie music at all, you’ll find that most “Top Songs of The Year” are trying really hard to be cool and prove their hipster-ness. My Top Songs list is Indie Music for the Masses – Indie Music that’s actually enjoyable to listen to. 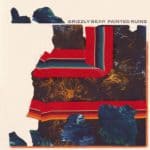 Grizzly Bear – Painted Ruins (click to play on Spotify) – beautiful, complex music. So many good songs on this album. Mandy and I had the opportunity to see them in concert this fall which was amazing. 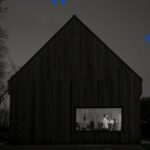 The National – Sleep Well Beast – another great album from probably my favorite band of all time. Brooding and quiet, but moving. The lead singer co-wrote many of the songs with his wife which adds vulnerability as they wrestle with their marriage. 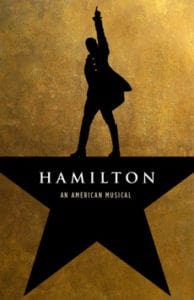 Hamilton – Original Broadway Cast Recording (OK, I know this didn’t come out in 2017, but my family fell in love with this 2 and a 1/2 hour “album” in 2017). Pretty much all we listened to all fall, culminating with a trip to Chicago to see the play this past December! This play is brilliant songwriting.

100 The Silence by Manchester Orchestra

99 Stroll On by Mutemath

98 Deflect the Light by Vessels, The Flaming Lips

94 Hold Me Down by Yoke Lore

92 The Castle by The Flaming Lips

91 The Passenger by Hunter As a Horse

89 Stars Last Me A Lifetime by Cut Copy

88 Oslo by Anna Of The North

87 This Song by RAC, Rostam

86 No Promises by San Fermin

82 Only You by Yoke Lore

78 Whiteout Conditions by The New Pornographers

77 Your Love by HAERTS

75 I Saw You Close Your Eyes by Local Natives

74 Only You by Selena Gomez

72 Into Waves by A Little Nothing

68 Strange or Be Forgotten by Temples

62 No One’s Here To Sleep by Naughty Boy, Bastille

61 The Only Thing by Zola Blood

59 The Only Heirs by Local Natives

57 Of The Night by Bastille

54 The Driver by Bastille

52 I’ll Still Destroy You by The National

48 I Don’t Know Why by Imagine Dragons

46 I Took Your Picture by Cults

42 Guilty Party by The National

41 Third of May / Ōdaigahara – Edit by Fleet Foxes

40 Feel It Still by Portugal. The Man

39 Nobody Else Will Be There by The National

36 We a Famly by The Flaming Lips

31 Visions of Gideon by Sufjan Stevens

29 On Our Way Home by Empire of the Sun

28 Everything Now by Arcade Fire

25 The Moth by Manchester Orchestra

24 Day I Die by The National

23 Easy Tiger by Portugal. The Man

22 Read My Mind by Geographer

18 Wave Is Not the Water by Wye Oak

16 Born to Beg by The National

14 Slip Away by Perfume Genius

12 Tell Me Why by Nine Pound Shadow

11 The Gold by Manchester Orchestra

9 The Alien by Manchester Orchestra

6 The System Only Dreams in Total Darkness by The National

4 Losing All Sense by Grizzly Bear

3 Empire Line by The National

Would love to hear – What were your favorite songs from 2017??