3 Keys for the First Week on Campus

We teach that discipleship is doing the right things (doing ministry together, time in the Word, relationally connecting) with the right people (faithful, available, teachable).

Here’s the key: those three things – Ministry/Word/Relationship – don’t have to happen evenly over the year. In other words,Â theÂ first 6 weeks of the year will be HEAVILY weighted toward doing Ministry together.Â Talking about life and their summer andÂ the new year as you walkÂ on the way to share your faith. That’s one reason a Leadership Retreat before move-in weekÂ is so crucial. It gives your staff time to connect relationally with student leaders beforeÂ you jump in the trenches together.

I always try to grab one-on-one lunch (Relationship) with each of my staff guys in the calm before the storm of the first 6 weeks because I know thatÂ August and September will beÂ heavy onÂ doing ministry together and lighter on Word/Relationship.

What are your thoughts on Brian’s 3 Keys?

Here at the University of Arkansas, pretty much everything we do in the first week to reach freshmen was gleanedÂ from Brian McCollister. Brian is a national director with Cru who is one of the best in the world at reaching freshmen and building a movement. He served for over 20 years as a Campus Director at Ohio University.

The basics we do to reach freshmen the first week:

Here’s the key: our staff and student leaders then follow up, one-on-one, with as many of these students as possible. We share the gospel during EVERY appointment and work hard to connect these freshmen to Bible studies. In the previous spring most of our leaders had been through training on how to share their faith. We share the gospel withÂ everyÂ student, despite the fact that our University is in the “Bible Belt,” because the vast majority of students do not have a clear understanding of the gospel of grace. Many times we see students trust Christ for the first time.

Here is much of Brian’s wisdom on the critical first weeks of reaching freshmen – Â in 2 parts:

Both of these are great resources to walk through with your staff team.

What are someÂ key things your team does to reach freshmen the first week on campus?

I love reading articles together as a staff team. There are few better ways to align your team and learn to speak the same language.

They’re short and to the point (at least the good ones are!).

And the articles can be the bad guy- they can speak authoritatively on a topic and staff don’t hear “my director is trying to get us to _____ (share our faith more, do more work)” they hear “that author who is infinitely wise is saying that we should ______”.

Whether your senior staff are reading these ideas for the 10th time or it’s a new staff reading it for the first, foundational ideas need to be over-communicated repeatedly.

It doesn’t always have to be articles, I’ll often print up a bog post (even my own!) to read with our team. 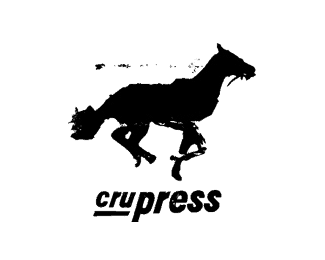 Here are some of the staple articles (all found on CruPressGreen)Â that have shaped our team (and that we’ll likely be re-reading this fall):

What are some of your favorite articles?

I was recently looking over some notes from a talk given by myÂ friend Brian McCollister, a national director with Cru and aÂ guru on how to build a college ministry.

He asserts that, in college ministry,Â the two most important days of the year are: 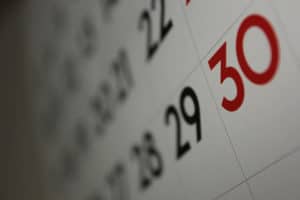 Really, it’s whatever day you do your big push to do as many spiritual interest surveys as possible. So for us, it’s actually the second and third day of school. On that Tuesday and Wednesday we do around 4,000 spiritual interest surveys (in exchange for a a free Chick-fil-A sandwich card). Why Tuesday and Wednesday? Because our first Cru meeting of the year is on Tuesday and all of our freshmen Bible studies (in every dorm) areÂ on Wednesday.Â All 4,000 students who fill out a survey get a brochure (about Cru), a flier (with first week events on it), and a personal invitation from a student.

The First Day of Fall Retreat

“The second most important day of the year is the first day of our Fall Retreat.Â  Why is it so important?Â  Because it is then that you find out how well you have done in the first six weeks.Â  If there are a lot of enthusiastic freshmen and a lot of tired but eager upperclassmen, then you have done well.Â  You can enjoy the weekend!Â  And you have just greatly increased the number of potential laborers in the Harvest.Â  You have great momentum and can focus great energy on reaching lost students on your campus.”

What do you think? What are your most important days of the year?

And, more importantly, are youÂ investing your resources (time/money/leaders) in a way that reflects their importance?

A while back I wrote a post We need better Leaders than came before that raised a lot of questions but didn’t resolve anything.

It’s something we’ve been wrestling with as a team and, I think, an important issue to think through as your movement grows.

So let’s jump back into it over the next couple of days.

If these two statements are true (and in my experience they almost always are) how is it possible for students to raise up better leaders than themselves?

On the original post Andrew had some great comments (his full comments are worth the read). Springboarding off of his comments (noted in quotations below),

Here are some thoughts on how students can raise up better leaders than themselves:

“When students are talking to better leaders, focus on vision casting. If you are able to paint a compelling picture of the cause, then you may be able to attract higher leadership levels because they are compelled by the cause. In other words, make it about more than just following you.â€¨”

Students can grow rapidly in leadership when given lots of leadership experience right from the beginning of their involvement with us. I think we ask too little from freshmen.

For the most part, students enter college as kids and graduate as adults. What does that have to do with raising up better leaders than came before? Age disparity enables a Senior who is a 5 to raise up freshman (who looks up to him as a wise sage) who will be a 10.

A few years ago we had a student (John) involved in our ministry who’s was a 5 at most (to put it in cold, John Maxwell terms). He wouldn’t look you in the eye when you talked to him. He was difficult to have a conversation with. But John led a Bible study full of phenomenal leaders- a couple guys in his study were Fraternity pledge class presidents and every single one was a better leader than John.

What drew them to John?

John came to Christ in college and never got over the gospel. It gripped him and he couldn’t help but passionately pursue everyone around him and invite them to experience Jesus.

As Andrew commented, “Give me a 5 who prays and lives out what he preaches over a 10 who can get the most people to the Cru meeting any day.”

Tomorrow — we’ll look at barriers to raising up better leaders than came before (besides the Law of the Lid).

What else would you add? How can we better foster a movement where students are raising up better leaders than came before?