Another great reason to be doing college ministry: 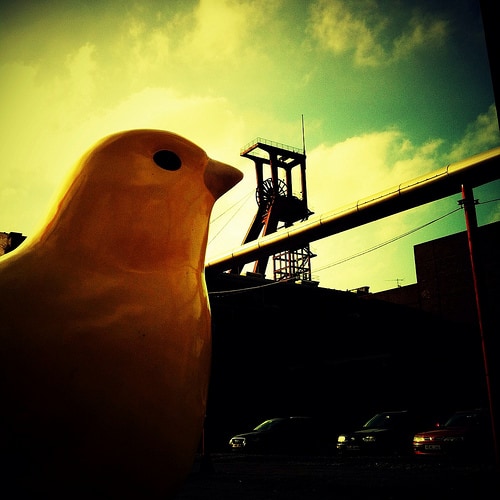 Millennials are the canary in the religious mine. We can ignore them…but if we doÂ that, we lose our ability to engage future generations. We need to pay attention to the millennial concerns. Not because the church needs to be hip. But because they grew up in postmodern culture. Engaging postmodern religion through the lens of the millennials will help the church of 2020 proclaim the Gospel to a complex and confusing world. Â  Â  Â – John W. Hawthorne

We are doing ministry on the cutting edge of culture (as I posted last weekÂ re: Tim Keller’s belief that the future leaders of the church should be trained through doing College Ministry).

We are working with college students who are natives to a rapidly changing America where Christianity is no longer a moral majority.Â This generation will play a significant role in leading the Church into a new era of proclaiming Christ in a increasingly complex culture.Â Why? Because they are in their natural habitat. They know no other America than the one we are currently living in. Not that our culture is any less “complex and confusing” for Millennials – just that they are fluent in Â complexity. They don’t have to “learn a new language” – the complexity is normal to them and thus easier for them to lead in.

Great insights from Tim Keller on how College Ministry is the best way to equip leaders who will impact our nation, from a post on ByFaithOnline.com:

Keller paints a bleak picture of where America is as a culture: “This is an unprecedented time in human historyâ€¦What’s new is the breadth of conviction that there is no such thing as truth. There have never been whole societies built on that idea. Never.”

“Everyone knows that younger people are far less religious than the generation before â€¦ and despite all the things that we’ve been doing for the last 30 years, we’re losing them.”

According to Keller, if you’re on a college campus, you’re on the culture’s cutting edge. It is, he says, our best leadership development pipeline. By exposing people to the cutting edge of culture where they have to deal with the modern mindset, where they have to deal with non-Christians – that, in Keller’s opinion, is the best way to develop pastors and lay leaders.

Read the whole article here – worth the read for Keller’s insights on where our culture is headed and what we need to do about it.

I shared this with our Leadership students this last week and I think it was really helpful in clarifying what we want them to accomplish.

Quick background: We’ve noticed that our student leaders are great at doing ministry but not great at recruiting new leaders to join with us (whether that’s to Winter Conference, Summer Project, to our weekly leadership time, or even initiating with new people at Cru).

So we’re seeking to create a culture where Leaders not only do ministry but act as mobilizers.

“Be a Barnabas” is sticky — it vividly and memorably captures what a leader does.

Just wanted to share for others to be able to use/adapt for their leadership times.

“Sir Humphry Davy was a distinguished chemist of the nineteenth century. When asked late in life what he considered to be his greatest discovery, he replied, ‘Michael Faraday.’

Davy had found Faraday, the ignorant son of a blacksmith, taking notes at his lectures and longing to study science. As Davy began to teach young Faraday, he found a brilliant mind that promised to eclipse even his own achievements. He knew that no one discovery of his could possibly compare with the many discoveries Faraday would make.”

– From Tim Elmore’s book Nurturing the Leader within your child

What sticky metaphors/ideas/phrases do you use to create a missional culture?

A conversation I had this summer with my brother-in-law:

Me: “How was fishing this morning?”

Brother-in-law: “Um, it was fun in a different way. It was a lot of work.”

“Well, I never got to fish. I took a friend and his kids out fishing.

They’d never been fishing before so I spent the whole time baiting their hooks, netting their fish they caught, retrieving fishing poles the kids dropped overboard. So it wasn’t fun per se. More rewarding than fun- but so fun to see their faces as they caught their first fish.” 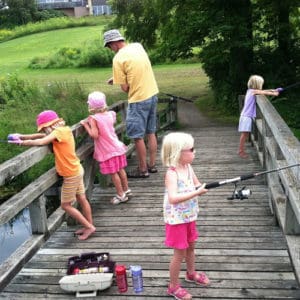 What a great metaphor for ministry.

I told my team that story and we used it all fall: “Remember, teach students how to fish even if it means that you don’t get to fish much yourself.”

But the problem is that most staff go into full time ministry to fish not to make fishers of men.

If you’re interested you can read more thoughts here on how staff’s job is to get more people on the playing field (and how empowered leadership is what Millennials crave). [Update: apparently that linked post no longer exists. I’ll work on getting it back up]

What has “Teaching How to Fish” looked like for you and your team?

Â If you’re not growing the number of small group leaders:

I think the converse holds true:

If you’re not growing the number of freshmen involved, you are not raising up enough small group leaders (we count “involved” as # of freshmen in Bible studies).

Either way, the focus remains: I think the primary win for the spring is growing the number of small group leaders who will lead in the fall (here are some thoughts on how we plan to do that).

Let’s say we want to involve 80 freshmen in the fall. We need to work backward from there:

It’s been said: “Good falls begin in the spring.”

Would love to hear:Â What is your team doing this spring in order to have a good fall?