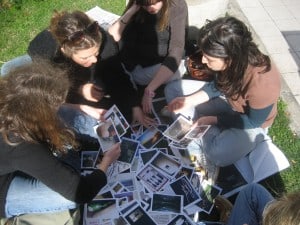 Just wanted to share a quick idea of using Soularium picture cards as an Icebreaker as your team plans for the fall.

On our first day back as a team for planning, we spend the majority of the time connecting with each other, sharing about our summers, and talking about how we feel going into the fall.

We pass out Soularium cards and have everyone pick two photos that represent their summer. Each staff then shares for 4-5 minutes about their summer using those two photos. We then ask: “What one card represents how you feel coming into the fall?” We’ve found that it facilitates better (more real) sharing. Having a photo representing their feelings someone helps – staff can share “I’m exhausted” when they might normally gloss over and put up a front.

The Soularium cards are also great for icebreakers for small group Bible studies:

We’ve found that the images are particularly helpful for guys to be able to articulate those mysterious things called “feelings”.

Just sharing a small idea that’s been a big Win for us recently:

As we celebrated how God is working, we never took the time to pass on our excitement to the students whom God is using.

So recently we tweaked our schedule a little: 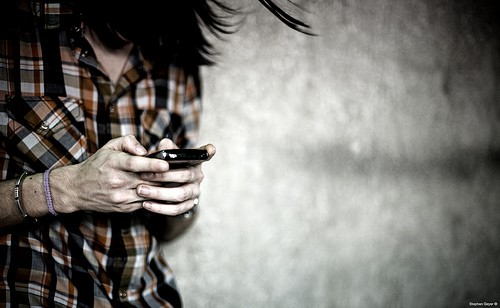 And we make sure that someone other than the staff that’s discipling them (or knows them best) texts them. Hopefully they’re frequently hearing encouragement from their discipler but sometimes it means even more coming from someone else.

An example that I texted to a student this week:

“Hey man. We were just celebrating as a team what God is doing on campus and Jon shared how encouraged he’s been by your passionate perseverance in prayer! So cool that you sacrificially serve in praying for Cru every week (and that you’re leading so many to pray with you)!”

This small investment of time has been huge in helping us be more intentional in encouraging students and saying “what you are doing is significant”.

Would love to hear from you other ideas you have to be intentional in encouraging those you serve in ministry. 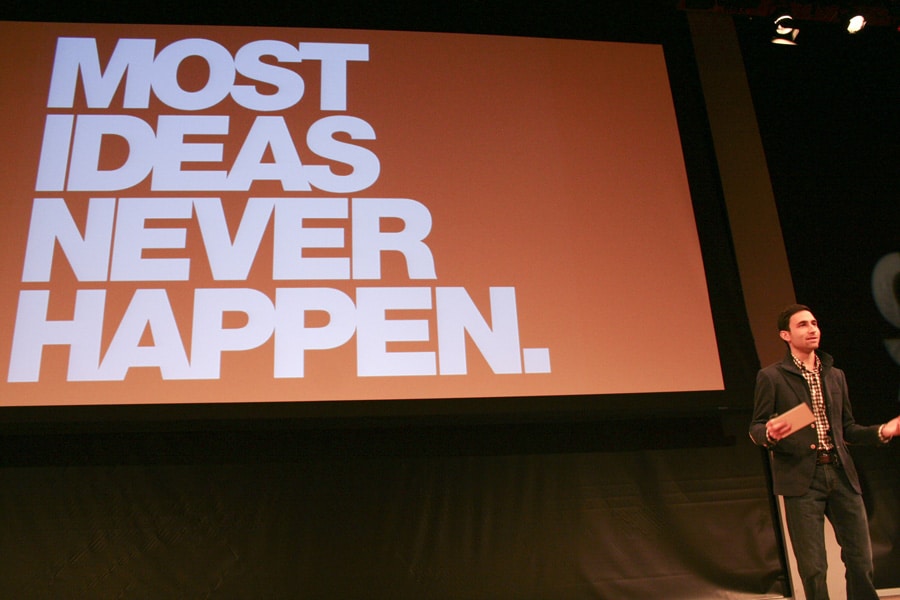 Scott Belsky was the speaker I was most looking forward to at Catalyst Dallas. I don’t know anything about his spiritual inclinations, but I love his 99% blog and tweets. Great, great insights on making ideas happen – systems, leadership, etc.

And Scott did not disappoint. Best talk, by far, at Catalyst Dallas on Day 1. I only wish he had twice the allotted time because he breezed through about 100 brilliant points that he could have camped out on for hours.

My favorite takeaway (among the MANY):

Here’s my best attempt at notes from his talk:

Why do most ideas never happen?

Here’s why they don’t happen:

How do we defy the odds and make ideas happen?

“I’m going to email this guy”

“I’m going to redraft this”

Every time Chris Anderson has an idea — he throws it up on his blog
His community starts to nag him about his ideas
He relies on this constant pressure to follow up on ideas
Aren’t you scared people are going to steal your ideas and throw out ideas too soon?Â The benefits outweigh the risks

Doing things your way strips people of ownership. If you step in to correct what they are doing (to tweak it, to make it 100% instead of 95% good) — that person is now unlikely to stay up late at night working on the project

Respect based self-marketing
Curators in what’s interesting to them
Blogs, twitter
People can tune in and follow us
Then when we have something we want people to know about, we don’t have to spam, we just let our followers know

Interests — what keeps them up at night
Skills —
Opportunities (around them)

Nothing extraordinary is ever achieved thru ordinary means

What was the biggest takeaway for you? What has helped you make your ideas actionable?

Student Staff -Â I posted this a while back on CruPress Green but never linked to it on my blog. So check it out: Student Staff — THE best idea I’ve ever seen in empowering students to lead.

How many times have you heard this from a student: I want to go deep in Bible study?

I almost ditched Cru my freshman year because I thought Cru and its Bible Studies weren’t deep enough. Deep for me was studying prophecies and Revelation. Was I a self-righteous punk? For sure. Am I typical of many Christian students? Probably.

Not only should we implement this in our Bible Studies, I think it would serve us to communicate this vision to our students (lest, like freshman Tim, they think we’re not “deep enough”)

Great thoughts for those of you who lead others (especially in staff meetings):

“Next time you walk into a meeting, consider, How do I want people to feel when the meeting is over? Begin with the end in mind.”

Definitely a good reminder. Mental note to self: do not end staff meetings with to-do’s. End with vision. Even better, end with “THIS is the most important thing you should be doing this week”. Then end with vision on why we must do THIS. You can read the full article fromÂ Michael Hyatt — 5 Ways to Energize your Team

Google Translate is a cool free app that was released yesterday that will surely greatly benefit missionaries (and of course, tourists) around the world. You can write or speak a sentence into your iPhone/iPad and it will translate it instantly into one of 50 languages (giving the written and spoken translation). More info here.

The best thing we do every week in staff meeting is Celebrating what God is Doing.

This morning for staff meeting we’re going to breakfast as a team to celebrate what God has done in the first 6 weeks of school. Â Our staff and student staff have worked their tails off reaching freshmen and Fall Retreat last weekend put a nice bow on the Big Fall Push.
Every week in staff meeting we spend the first 30 minutes talking about “Where have you seen God at Work on campus this week?” Â (I got the idea from my good friend Chris Newport at Texas Tech). Â I could be student coming to Christ, a girl breaking off a bad relationship, a guy making significant steps to break his addiction to porn, a new Bible study in the Music building, etc.
It never fails. Every. Single. Week. Â It launches our staff meeting on a high note. Â It gives God the glory (when we often try to pat ourselves on the back for ministry success).
Nothing inspires your team like:
Bill Hybels with some wise words on celebration:

You have to mix it up week-to-week. Â Sometimes we’ll go with Hi/Low of the week in ministry. Â Sometimes more specific questions like “what did God do in your discipleship times this week?”.

And it’s a Biblical pattern:

How do you celebrate on your team? Â What’s worked for you in “refilling their vision bucket”?