Recently my bosses came into town for a campus visit. As we gathered, my team shared about what God is doing. They also shared of their need, their desires, and their pursuits.
Our staff team is made up of 4 independent, contextualized teams (see this excellent video from Intervarsity on contextualized movements). So on our team of 9, we actually have 4 teams:
The AIA, Bridges and Impact staff are Cru staff but they focus on athletes/international/African American students full time. They don’t come to our weekly meeting or fall retreat. They don’t do anything that doesn’t help them reach their respective audiences.
Even though we have a good size team of 9, every contextualized team feels small. And they acutely feel the need for more laborers. And in some ways, that’s really good. We only change when our current reality is painful enough to make us do the hard work required to change. Each contextualized team badly wants new laborers.
As they shared what they are doing to raise up new laborers, it hit me – it’s not up to me (as the team leader) to raise up an AIA female staff. Or an Impact staff or a Bridges staff. They’re doing it. They’re flying people in for vision trips. Not me. They’re taking key volunteers out to dinner, challenging them to join Impact staff. I din’t have to ask them to do that – I didn’t even know they were doing those things! They are truly leading. And (Lord willing!) laborers will be multiplied.
A couple weeks ago we had 3 separate thanksgiving meals that were a good snapshot of the exponential effect of multiple movements. Instead of one big meeting or dinner where maybe 100 CFM students would’ve gathered, we had:
And in CFM, 200 students gathered in Community Groups across campus for thanksgiving parties and bible studies.
And that’s just on our campus. Across the globe, in East Asia we have 5 Razorbacks who hosted East Asian students for Thanksgiving. 5 sent staff who are very motivated to recruit laborers to join their team in EA.
Up until 2012, for the first 44 years of Cru at the University of Arkansas, we have had one team with one focus- reaching the majority culture at the University of Arkansas. In 2012 we had our first contextualized team – Athletes in Action – and we began to reach students at two nearby campuses (a four year university and two year college). This year, in 2016, our team spawned two more teams to focus exclusively on international students and African Americans.
Here’s howÂ “ sending out”Â staff to reach new areas affected our staff team. Looking at the past decade of our staff team size, there are successive waves of increasing amplitude.

The seasons of lack actually seem to cause longterm growth. Why is that?
Pastor JD GreearÂ  puts it well -Â “But here’s a principle we’ve learned that sustains us when our courage flags: sending out leaders creates more leaders. What you send out inevitably comes back to you in multiplied form.”
A small team forces you to do the things you want to do anyway – to avoidÂ Ken Cochrum’s Two Movement Killers:
Ken says that need is “a leadership vacuum that demands new leaders (&Â  gives real leadership experience to many)”. That has definitely been the case for us.
And it has come from:
Four years ago we had 12 staff. Out of those 12, we “sent” 3 to do Athletes in Action full time (on our campus) and 2 began to heavily invest in launching other campuses – which means the next year we had 7 staff focused on CFM (the core movement) of the campus.
Last year we had 13 CFM (core movement) staff and 4 AIA staff. Out of those 13 CFM, we sent:
We hadÂ several others finish their Cru internships or leave staff, which left us with 3 CFM staff on campus. 3 staff predominantly focused on University of Arkansas (with 1 of those staff spending one day/week launching at a school 1 hour away; and another staff spending some time at a local Christian college to try to mobilize students to go to the world).
So the (unintentional!) pattern over the last five years has been:
On the CFM side, going from 13 to 3 has been a little painful. 3 is a little small – I think 7 might be healthier (I don’t think much is gained in a staff team growing from 7 to 13, besides a temporary bump that can be dispersed to contextualized teams). But I think 3 has created space – a leadership vacuum that is sucking in new leaders. We don’t have any women staff. It’s looking like the result will be that next year we will gain several female interns.
So sending out leaders has created space for more leaders.
But here is one major caveat –Â one reason we can lead a good-size CFM movement with only three staff is that we have developed an established core of student leaders. We have 65 students leading Bible studies. For us, a solid hub movement has been the key toÂ spinning out laborers to launch newÂ movements. Bridges has successfully launched this year and has been very effective in reaching international studentsÂ because we sent out 2 staff and 4 of our best student leaders from our core Cru movement. Our core Cru movement has suffered a bit from that loss of key leaders, but others hopefully will step up to fill that gap.
For many years Jim Sautner led Destino (focused on reaching Hispanic students). Jim has built movements and launched many kinds of contextualized movements. His advice to me:
“You need critical mass to produce laborers and launch new movements. You can’t give what you don’t have. You can’t give laborers to reach and launch if you don’t have any.”
We mustÂ build movements that plants new movements.

One of the greatest challenges in leading in ministry is finding the balance between planning/strategy and empowering/releasing. I don’t like messy. But I wholeheartedly believe that you have two options: You can either Control or Empower. You can’t do both. Control is orderly. Empowerment is messy.

There’s a lot of wisdom on this topic in a recent post byÂ Jon Hietbrink: 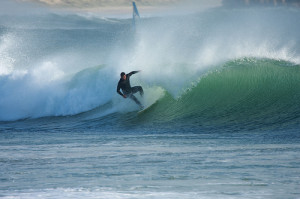 Many organizations run like machines—they thrive on alignment, order, discipline, and consistency, but movements are like organisms—they feed on change, complexity, empowerment, and freedom.

Most of the ministries we lead are some combination of both organization and movement.

I cringe at the inference that anything planned or organized is somehow less influenced by the Spirit [love this sentence!]. That said, I’m increasingly aware of our need as leaders to become experts at calibrating the edge of chaos—we’ll never catch a movement by hanging back in consistently safe places devoid of risk and adventure, but we’ll also never see exponential growth if we go boldly careening over the edge of chaos and into the abyss of confusion and disorder. How then do we navigate this tension? How do we surf the edge of chaos?

As a leader who actually tends toward order and structure, it’s been important for me to embrace the chaos as appropriate and good. If we want movement, it won’t be easy, clean, or predictable, and part of the journey for us as leaders is settling this in our souls—our tolerance of ambiguity and uncertainty has to increase.

We must foster environments of interdependence where folks are not just allowed, but encouraged to seek help from any and every source. A mentor of mine used to tell me that the job of a leader is to build “webs, not wheels”— an ever-expanding web of interconnected, interdependent parts, not a wheel where all the spokes connect back to me at the centerÂ [great metaphor- webs, not wheels!].

I encourage you to read the whole thing here.

How are you learning to surf the edge of chaos as you lead a movement? 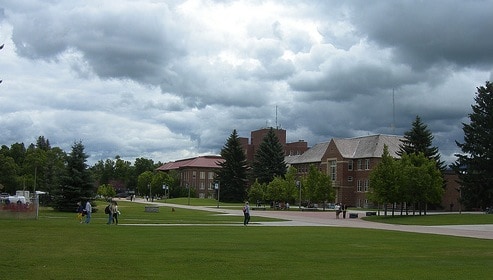 This is part of a series: Learning from Large Cru Movements- a look at 8 of the largest Cru movements in the U.S. Read the Series intro here.

Overview of the Cru Movement at Montana State

What are your biggest takeaways from learning about the Cru ministry at Montana State? 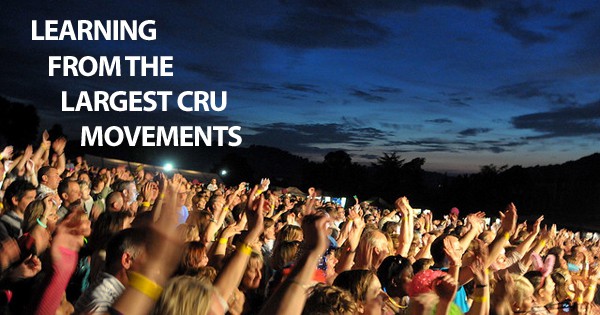 These are not necessarily the 8 biggest Cru movements in the nation (but they’re probably in the top 15 — at least as of Summer 2011).

I tried to pick schools from across the U.S. — usually choosing the largest Cru movements from each geographical region.

photo courtesy of Today is a good dayÂ 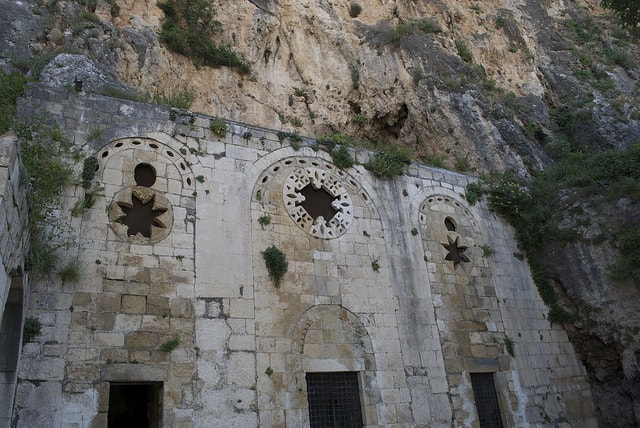 “St. Peter’s Cave Church in Antakya – one of the oldest churches in Christianity.

Peter, Barnabus and Paul all worked with the Christian community in Antioch.”

The church in Antioch as described in the book of Acts is a fascinating case study on building a thriving gospel movement.

Just wanted to share a great resource I used in our staff meeting last week that our staff really enjoyed and were motivated by (it took about 45 minutes).

Here’s essentially what it is:

Here’s how to set it up (download the notes listed below so this will make more sense):

The notes and idea are from Brian McCollister (Cru Director at Ohio University) who did this exercise at our Regional Local Leaders conference last week.