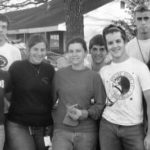 This is part of a series: Learning from Large Cru Movements- a look at 8 of the largest Cru movements in the U.S.  Read the Series intro here. This post is a summary of two conversations I had with Tim Henderson – in Summer of 2008 and 2011. So some of the content may not 100% reflect the current reality at Penn State Cru. But it’s such good stuff, it is worth sharing all of … END_OF_DOCUMENT_TOKEN_TO_BE_REPLACED